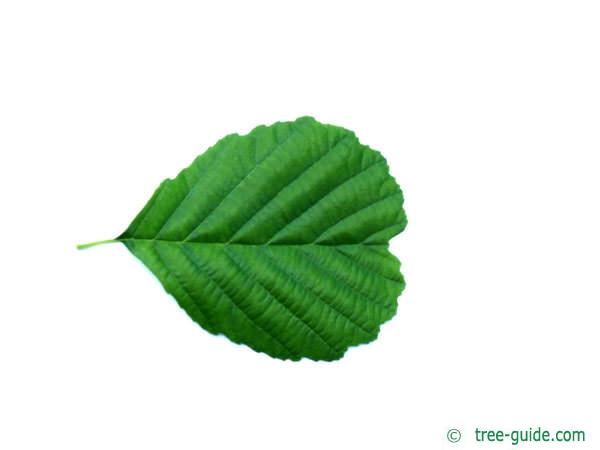 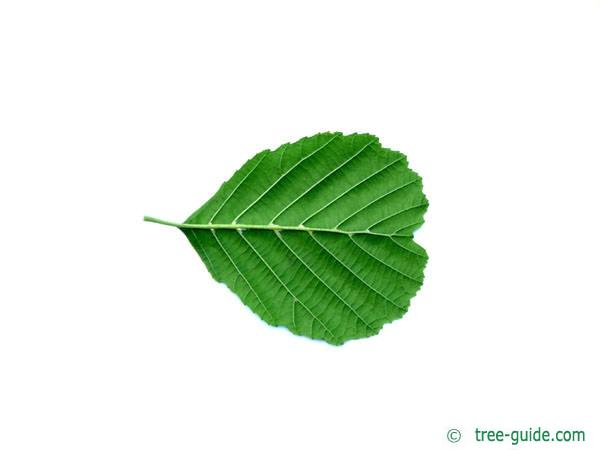 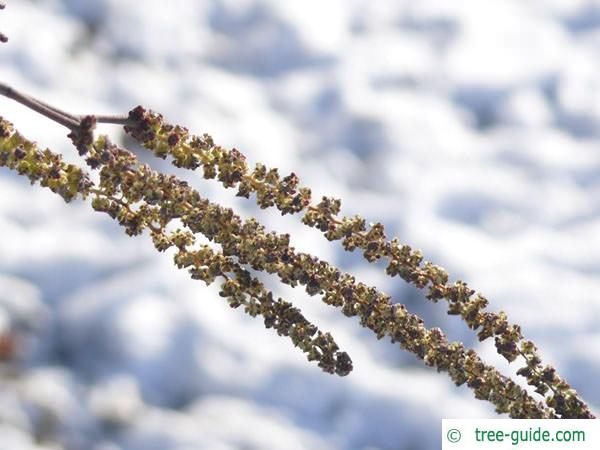 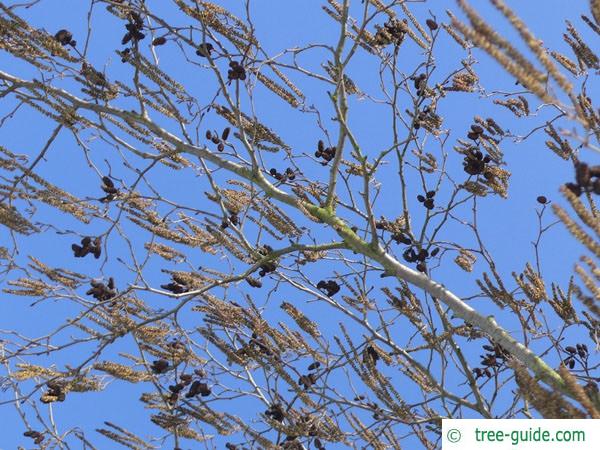 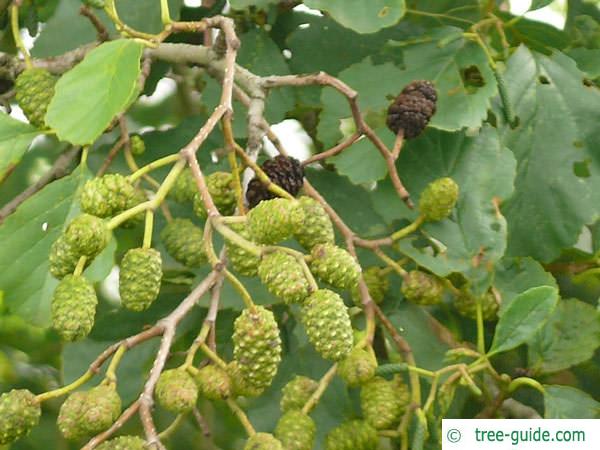 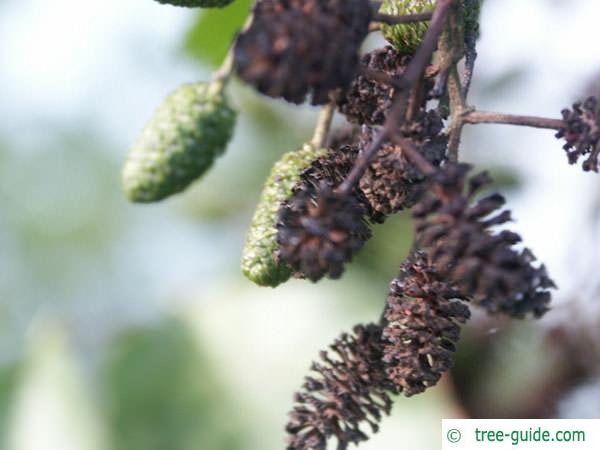 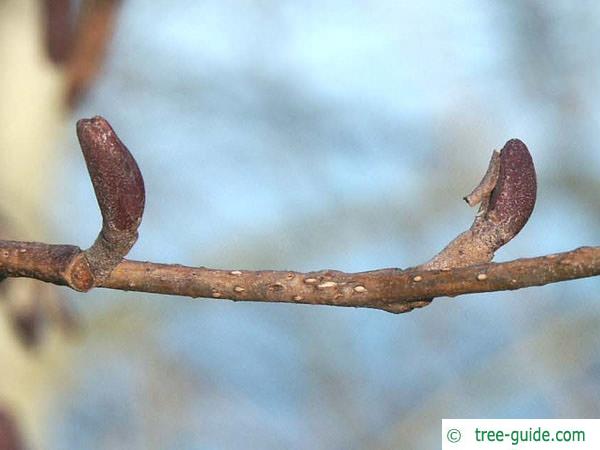 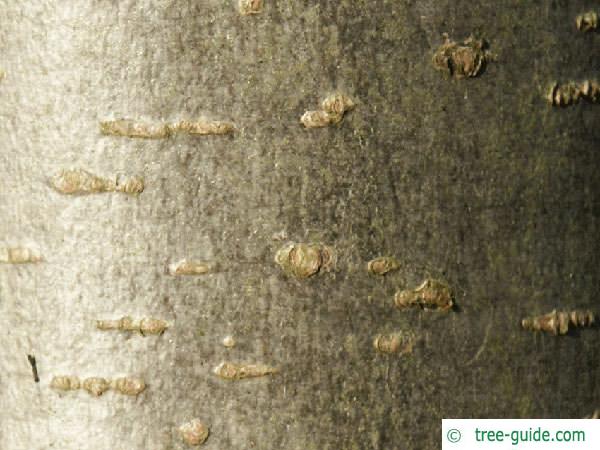 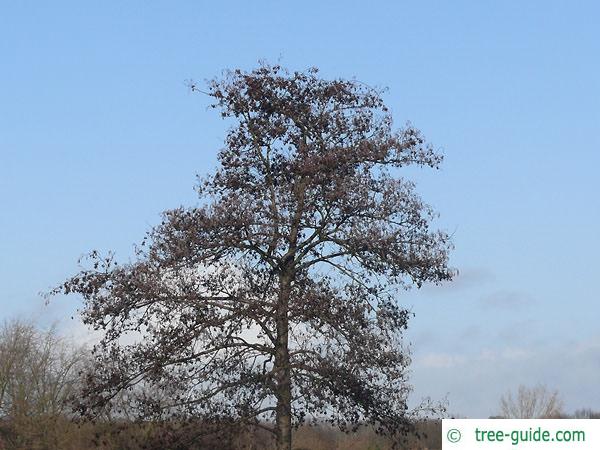 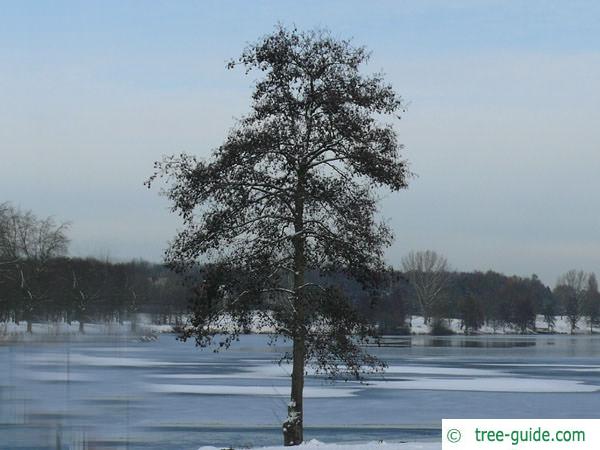 The European alder (Alnus glutinosa) is also known as red alder in Europe, but it is not to be confused with the Red alder (Alnus rubra), which is widespread in North America, where it is also called Oregon alder.

The European alder is a loose to well-branched medium-sized deciduous tree that lives in Central Europe at altitudes of 1.200 meters (4000 ft) and in the Engadin sporadically also at altitudes up to 1.800 meters (5900 ft) can be found. Alnus glutinosa belongs to the birch family. The trees are growing fast and especially young trees have a great need for light. The distribution area of ​​the tree reaching a maximum age of 120 years stretches from Europe to West Asia and the north of Africa.

The European alder reaches a height of about 30 meters and the Trunk can reach a diameter of up to one meter (3.3 ft). The trunk grows straight to the top of the crown. The growth habit of the crown varies widely depending on the area of ​​distribution. As a rule, however, the growth habit is pyramidal. Even in old age, the European alderside shoots without a bud stage develop. The young branches of the tree are bare and olive green, later they take on a green-brown color and appear shiny. The leaves are about five inches long and roundish to obovate. Initially, the dark green and bald top of the leaves is sticky. In the fall, the black alder leaves its leaves still green.

The European alder has very showy buds. The winter buds are reddish-brown and have glued-on bud scales on both sides. The long-stalked side buds are branched from the branches and are brown-purple to reddish brown. In the egg-shaped buds, the screwy arrangement stands out. The buds, which are up to six millimeters long, lengthen when they sprout and reach about twice their initial size.

Between April and May, the Black alder flower for up to four weeks. The male kittens stand in groups and reach a yellow-green color in the flower. The female flowers are about two centimeters large suppositories. These woody flowers are preferably used as crafting material. At about age ten, the European alder trees begin to flower. In contrast, trees planted in stands often only blossom after 40 years. The black alder is monoecious and dioecious. This means that male and female flowers are on a tree. The male flowers develop very early and therefore, after mild winters, the blossoming of the black alder is already possible in February.

When the fruit ripens, the supporting and growing parts grow together Vorblätter of the female blooms. The resulting scales grow into cones that are about 1.6 cm (4 inch) long and quite unusual for deciduous trees. Each scale forms three nut fruits. The fruits ripen between September and October and fall out of the cones until spring and are carried away by the wind.

Wood of the Black Alder

Since the wood of the Black Alder turns reddish Coloring, the tree is also often called red alder. The soft alder wood is less elastic and similar in characteristics to lime wood. Alder wood is easy to work with, but tends to splinter when nailing. A special feature is the extreme durability of the wood when submerged under water. The builders of the stilt houses on Lake Constance made use of this in the Neolithic period and the lagoon city of Venice was built almost entirely on alder piles. The black alder was used in the past as a dying tree. Further uses of the wood are furniture making, brushes, pencils or picture frames.

The Alder leaf is rounded to ovate roundish and 6 – 12 cm (2.4 – 4.7 in) long and broad. The veins go opposite from the central axis of the leaf. The leaf has no peak. The leaf margin is double serrated.

The branches are smooth and brown-green.