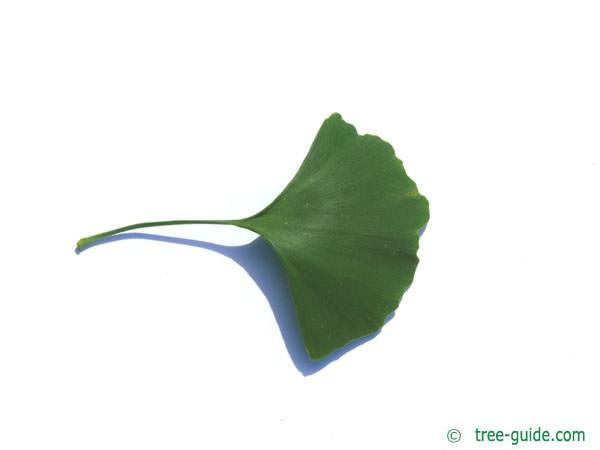 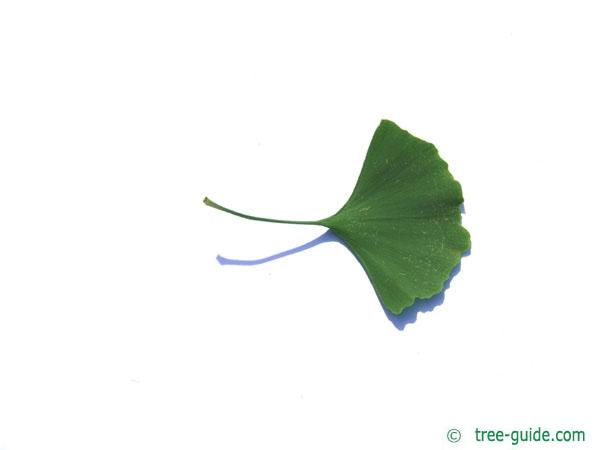 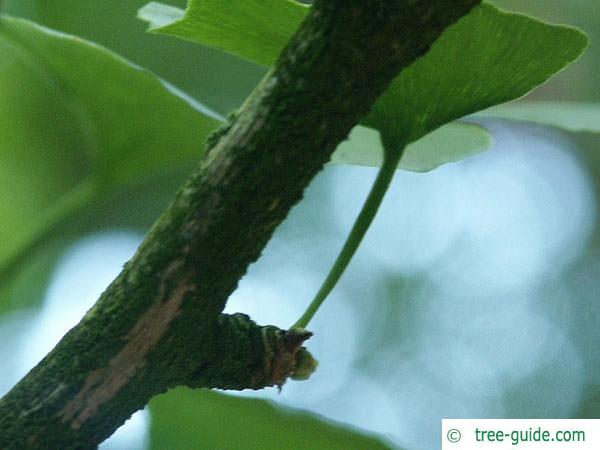 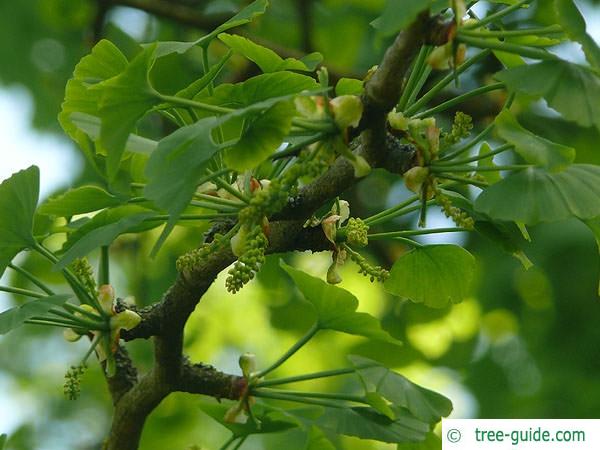 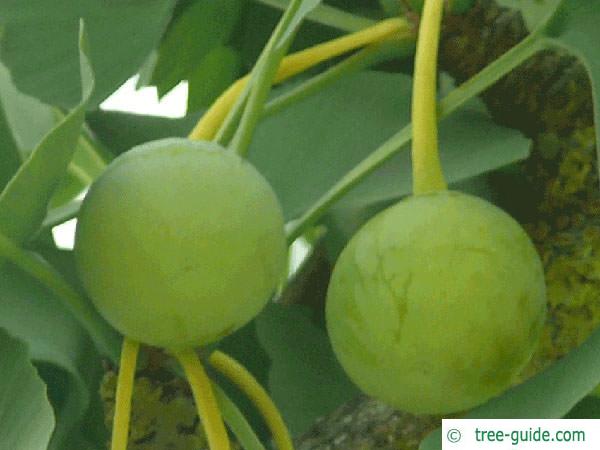 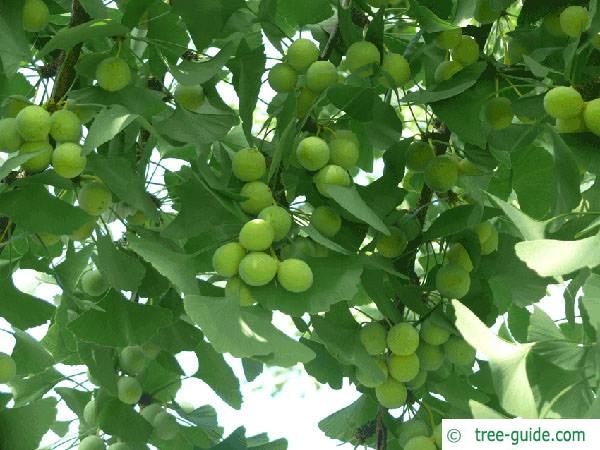 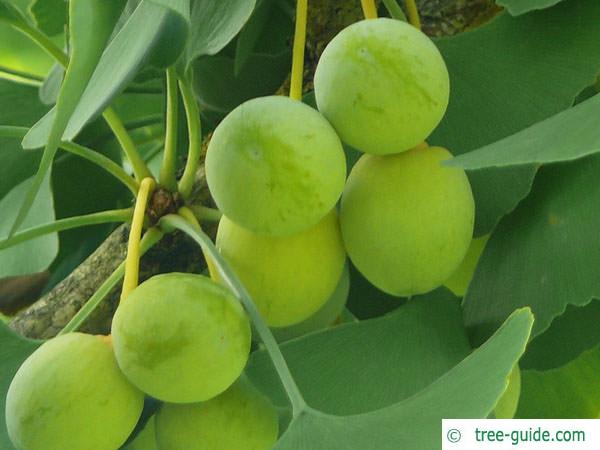 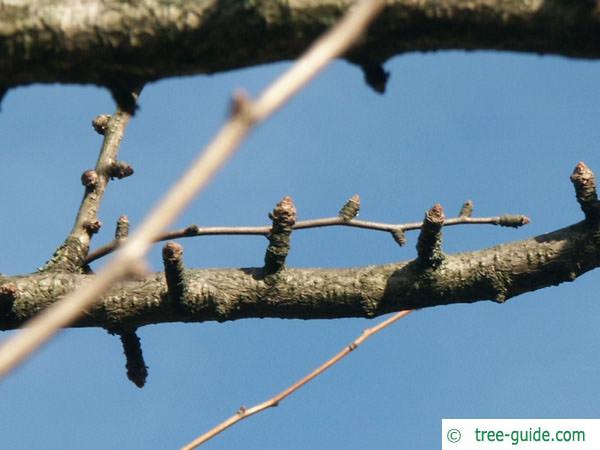 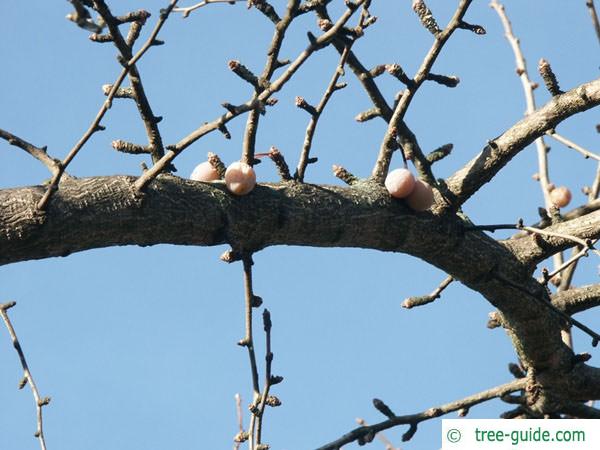 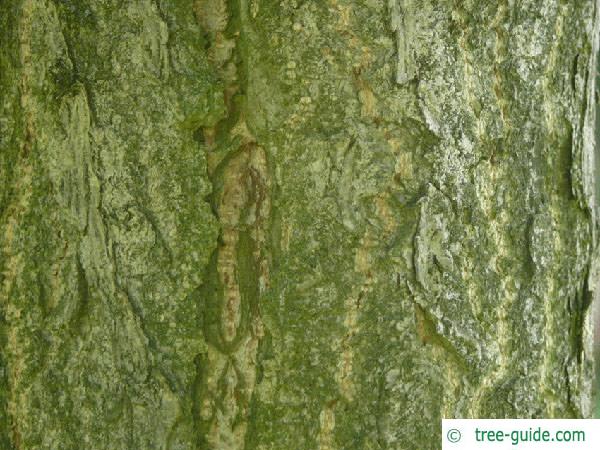 The Ginkgo originally comes from China. It is now represented all over the world and is often planted because of its slim crown and the slow-growing with bright yellow fall color in the vicinity of houses. The leaves of Ginkgo can be used pharmaceutically.

In young trees, a straight and slender growth habit can be observed. The pyramid-shaped trees have little branches at a young age. From around 25 years on, Maidenhair Tree trees form a mighty crown as the branches move more and more horizontally. Most Maidenhair Tree trees have two main shoots, one of which is always weaker. Very characteristic of these trees are the leaves, which catch their eye through their fan shape. Old trees form swellings on the underside of the branches, which extend to the ground and root there.

The winter buttons of the Maidenhair Tree are flat and conical and about four millimeters long. The light brown buds are quite noticeable and enclosed by small leaves. The tegments are arranged in a scale.

As a wind pollinator, the Maidenhair Tree flowers in March. As dioecious plant is to be distinguished into male and female Maidenhair Tree trees. Externally, there is little difference until sexual maturity at the age of about 30 years. The flowers are formed from perennial short shoots on the leaf axils. Male flowers appear as about two inches long kitten. The female flowers are arranged in pairs on a stalk about one centimeter long.

After fertilization, the ovule forms the fruit, which is visually reminiscent of mirabelles. The embryo is surrounded by a thin inner layer, a woody middle layer and a hard seed coat. The seed coat is initially green, with the first frost, it turns yellow and eventually falls off.

The wood of the Maidenhair Tree tree is soft and very light. In core and sapwood, the light brown or pale yellow wood is difficult to distinguish. Maidenhair Trees are hardly cultivated for pure wood production. The wood is suitable for processing to panel and can also be used for carving.

The stone core fruit is yellow-green, rounded, fleshy and unpleasant smelling. The core is edible.

The bark of the branches is gray-brown.

single tree or planting in groups, garden and parks