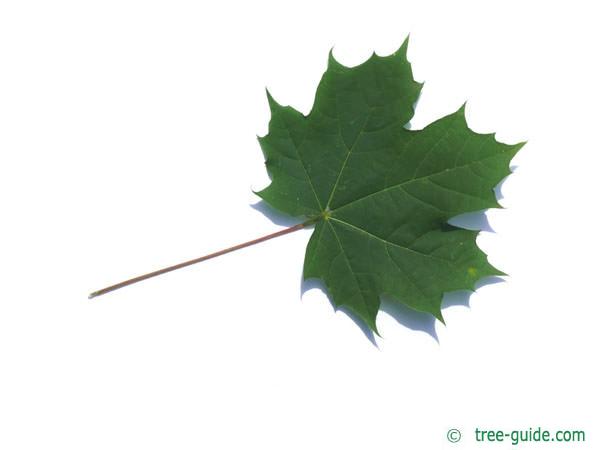 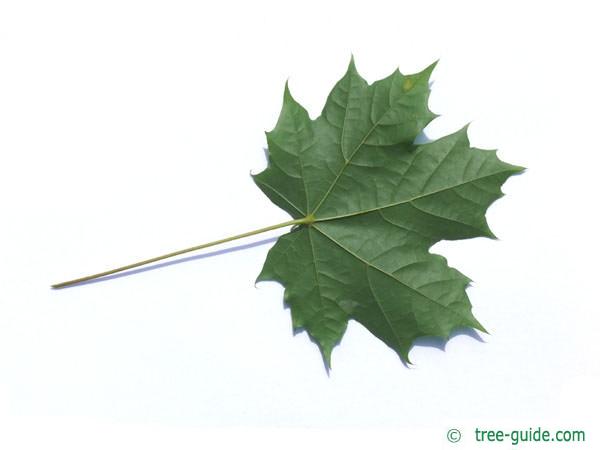 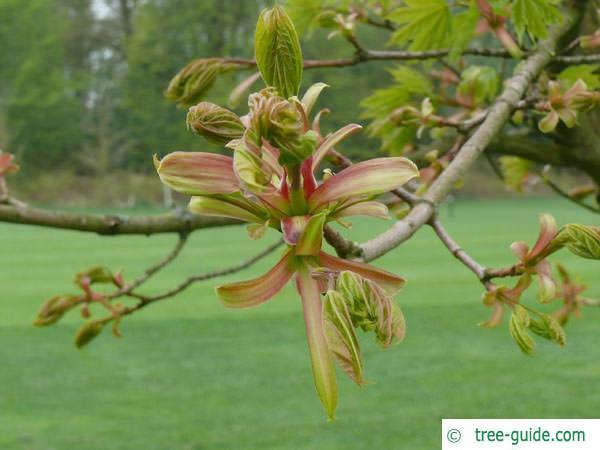 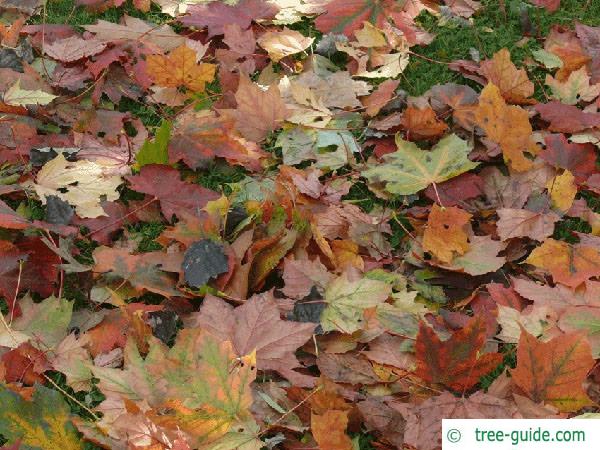 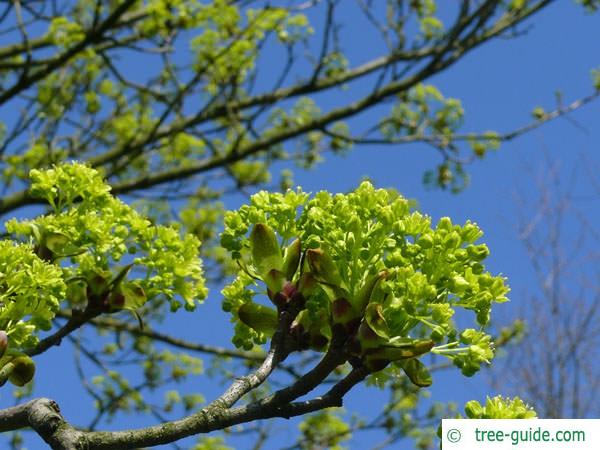 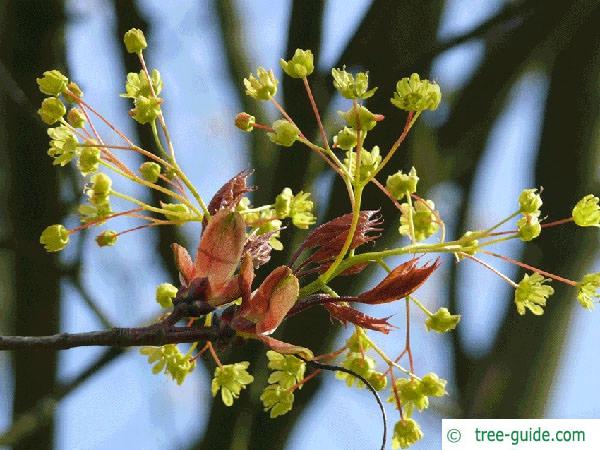 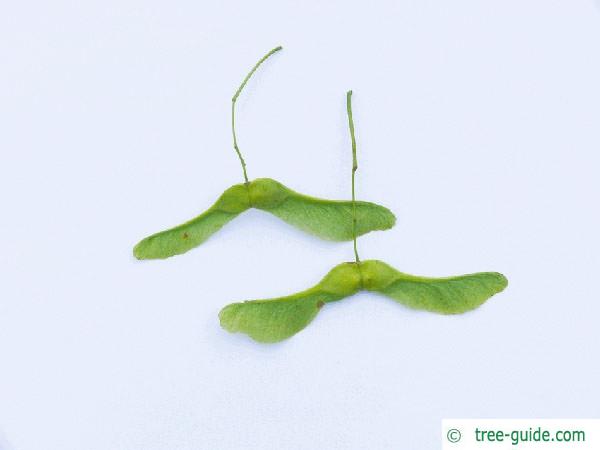 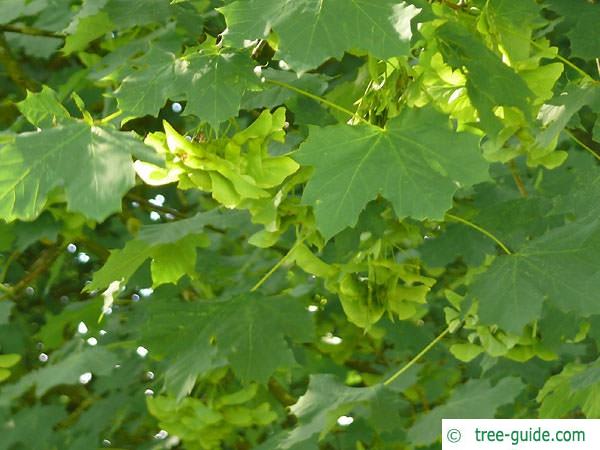 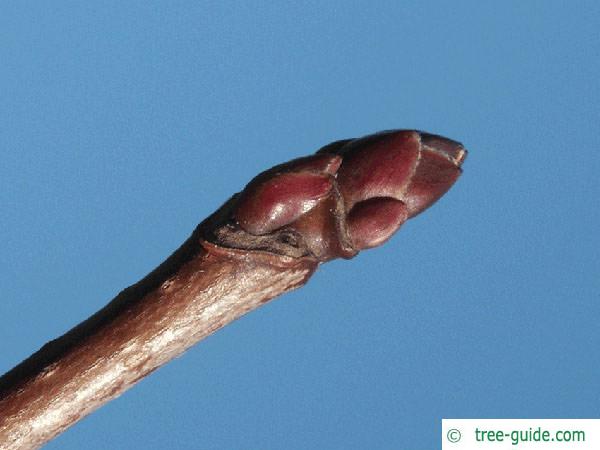 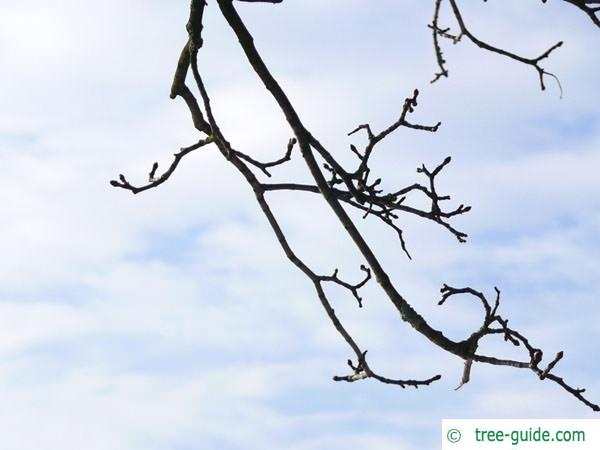 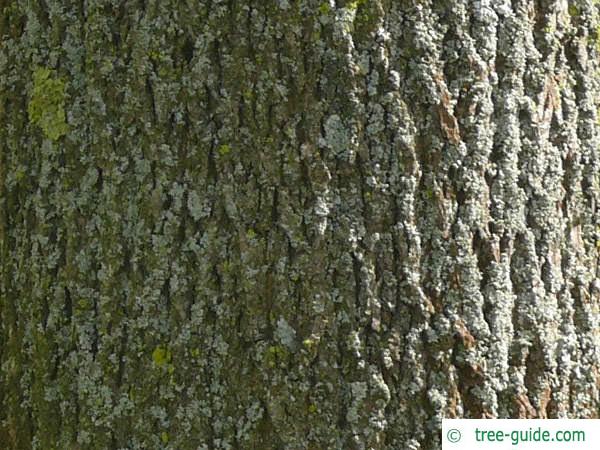 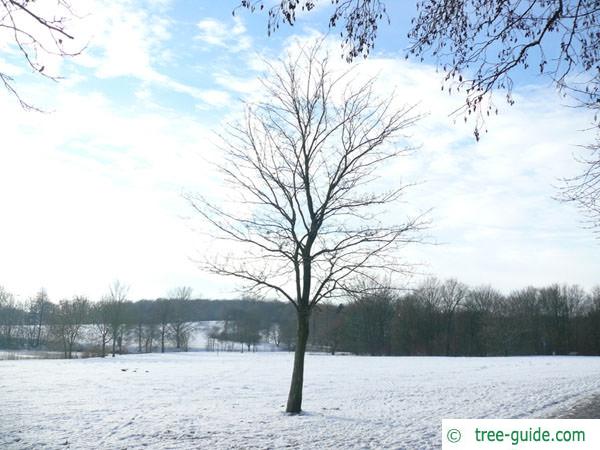 The Norway maple is native in Central and Eastern Europe as well as in southern Asia. The maple grows relatively quickly and is very large.

Norway maple can grow up to 30 meters (99 ft) tall. On the slender trunk sits a pronounced, dense treetop. Its branches grow diagonally upwards, sometimes horizontally. As a young tree, the maple is fast-growing. In old age, the maple has formed a nearly round crown, its branches do not grow overhanging and do not become excessively long. The stem thickness of a maple tree ranges from 60 to 100 centimeters (23 to 40 inch).

The leaves of the maple are arranged opposite, as in the sycamore maple. It stalk can grow up to 20 centimeters long (8 inch). The leaf top has a dark green, glossy color, the interior of the petiole contains a milky liquid. A maple leaf is recognizable by its shape reminiscent of a hand. It is divided into five to seven different sized lobes. The leaf margins are pointed, as the name suggests. During autumn, the leaves of the maple turn golden-yellow to an intense red.

The budding buds are bare and shimmer reddish-brown. The full-grown, egg-shaped buds are up to nine inches long and five to seven inches wide. The lateral buds remain smaller and are close to the shoot. At the end bud, the incompletely formed uppermost lateral bud pair is visible.

The bark of the maple tree is characterized by prominent furrows, the bark can show a light gray to greenish-gray color. The bark of the maple is traversed by small, elongated grooves and has the property not to peel off. The young Norway maple has a smooth, light brown bark, which gets its characteristic furrows only in old age.

The flowers are already visible long before the foliage emergence, they are unisexual and zwittrig - both forms are arranged in an upright, umbelliferous panicle. The color of the flowers ranges from yellow to green. The flowers contain a lot of nectar - the flowering period is in the months of March to the end of May. The pollination of the flowers is done by insects.

The maple tree, like the sycamore, produces nut fruits. They hang in pairs and form an obtuse angle - because of their cleavage during the ripening period they are also called split fruits. The nutlets are equipped with fruit wings. Her fruit skin is bald on the inside.

The leaves of Norway maple are lobed with 5 to 7 pointed lobes. The leaves are up to 18 cm (7.1 in) long. The petiole is long. The leaf margin is smooth.

The yellow flowers are fragrant and hang on corymbs.

The fruit is a samara with two winged nutlets. The wings are arranged at an obtuse angle.

The twigs are light brown, shiny and with red-brown buds.