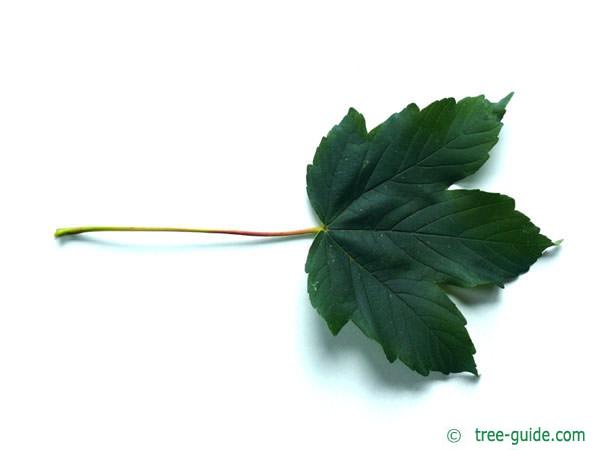 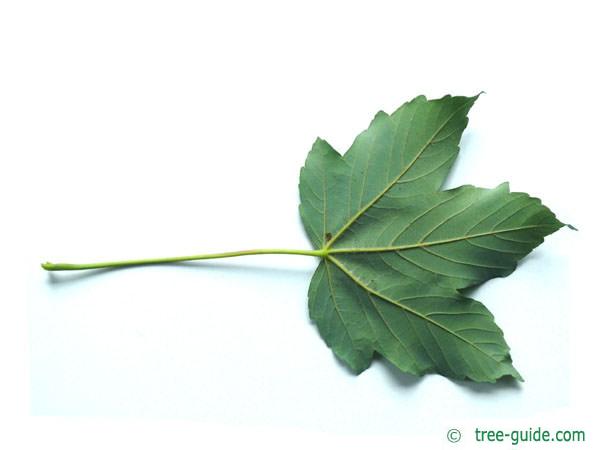 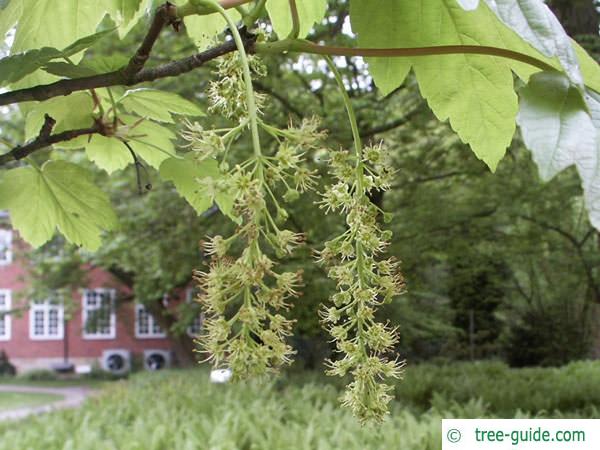 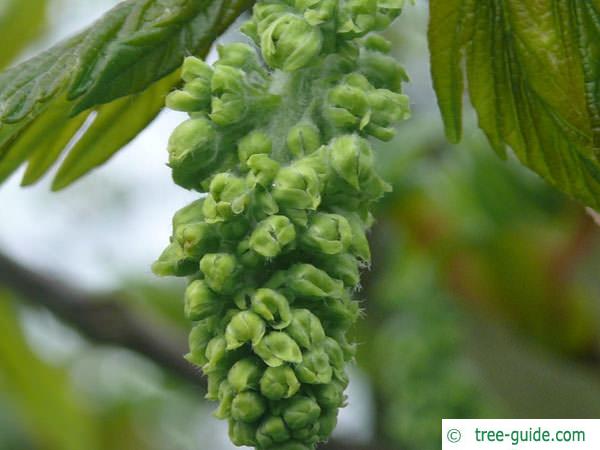 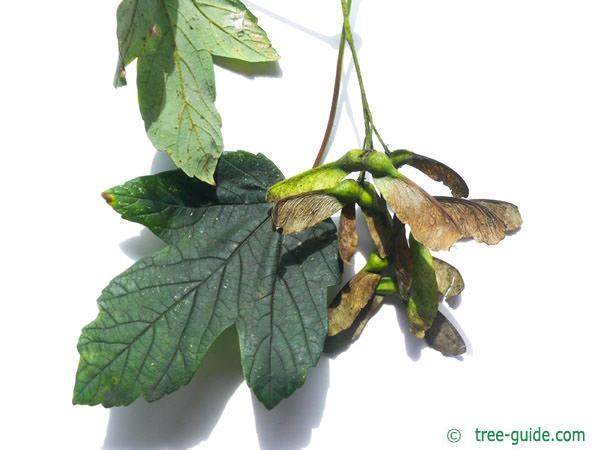 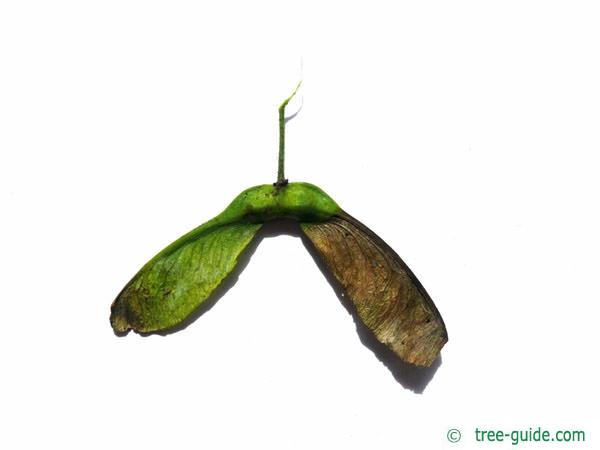 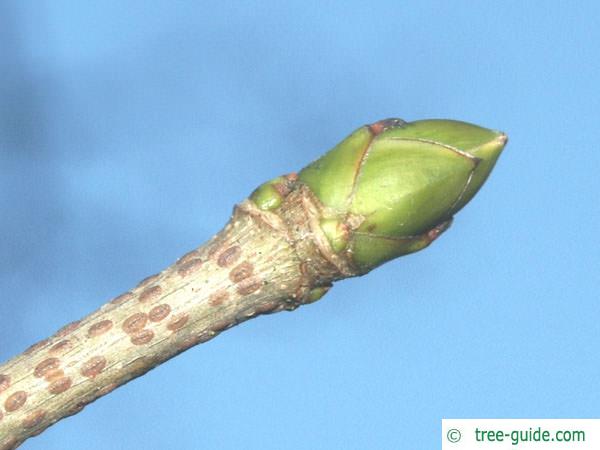 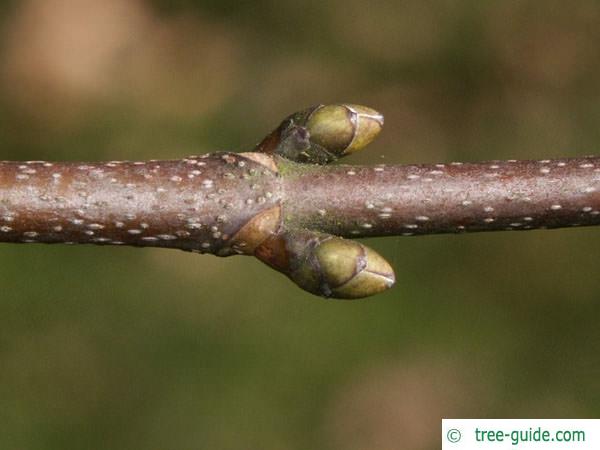 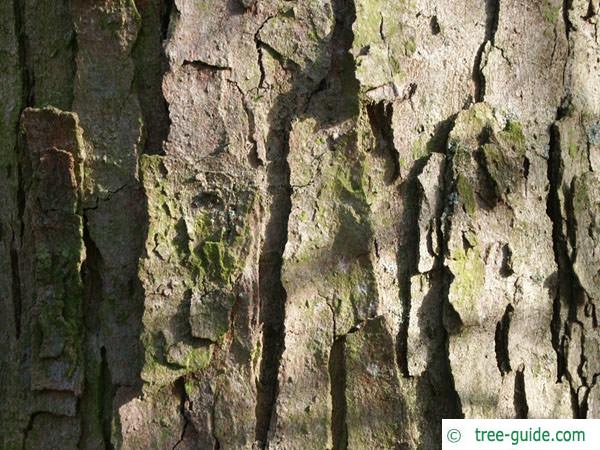 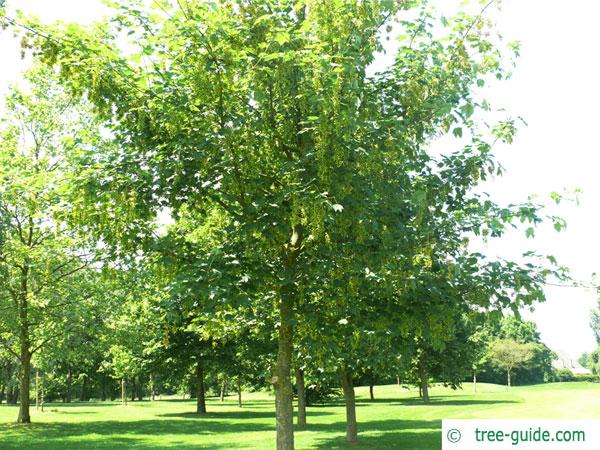 The Sycamore maple is native to Central and Eastern Europe as well as in southern Asia. The maple is a large tree with a stately crown.

A Sycamore can grow up to 40 meters (132 ft) tall and can reach a trunk circumference of up to two meters (7 ft). The tree species stands out particularly by their stately growth and their distinctively pronounced treetop. Especially as a solitary tree, the sycamore can develop into a magnificent tree. But not only in the open landscape, also in cities and parks is the sycamore map found, it is widespread in the whole European area. A sycamore can grow to four hundred years old.

Sycamore has a characteristic leafy shape similar to that of Norway maple, but the sycamore leaves are rounded. The leaves have long, reddish colored stems, which are usually five-lobed, with the front three lobes are about the same size. Often the two lower lobes are not fully formed. The underside of the sycamore leaf is gray-green in color, while the top is dark green. The leaf position of this tree is opposite. The leaves turn intense in autumn, from gold-yellow to red. Especially after the first frosty nights, the discoloration progresses rapidly.

The heyday of the sycamore occurs in April and May, at a rate of two to three years. Before that, the opposite buds are visible, which consist of a larger end bud and two smaller side buds and usually have a dark, rich color. On the other hand, the edges of the bud scales are darker in color.

Young sycamore trees have a greyish-green bark that can turn into a reddish-brown color. The older the sycamore is, the more the bark begins to rupture and peel off into gray-brown scales.

The flowers of the sycamore are usually hermaphroditic. They are not recognizable at first glance because they are very small. Their color varies between yellows and greens. Mountain maple blossoms hang down in panicles of about 10 centimeters in length and contain a lot of nectar.

In autumn, in the month of September, the fruits of the sycamore become ripe. The winged nut fruits are easy to recognize - they hang in pairs in small groups together and are each three to five inches long. They are arranged at about a right angle. In children, they are particularly popular because you can slide them like small propellers to the ground. The fruits of the sycamore can cover very long distances - their dissemination happens by the wind. Some nutlets remain under the tree during the winter and can not be carried on until next spring.

The leaves of Sycamore maple are lobed with 5 lobes. The leaves are up to 25 cm (9.8 in) long. The underside of the leaf is gray-green. The petiole is long. The leaf margin is serrated.

The flowers hang in yellowish green grapes. Many flowers, but because of the color rather unremarkable.

The fruit is a samara with two winged nutlets. The wings are arranged at an acute angle.

The bark of the branches is gray and smooth. The buds are big and green.